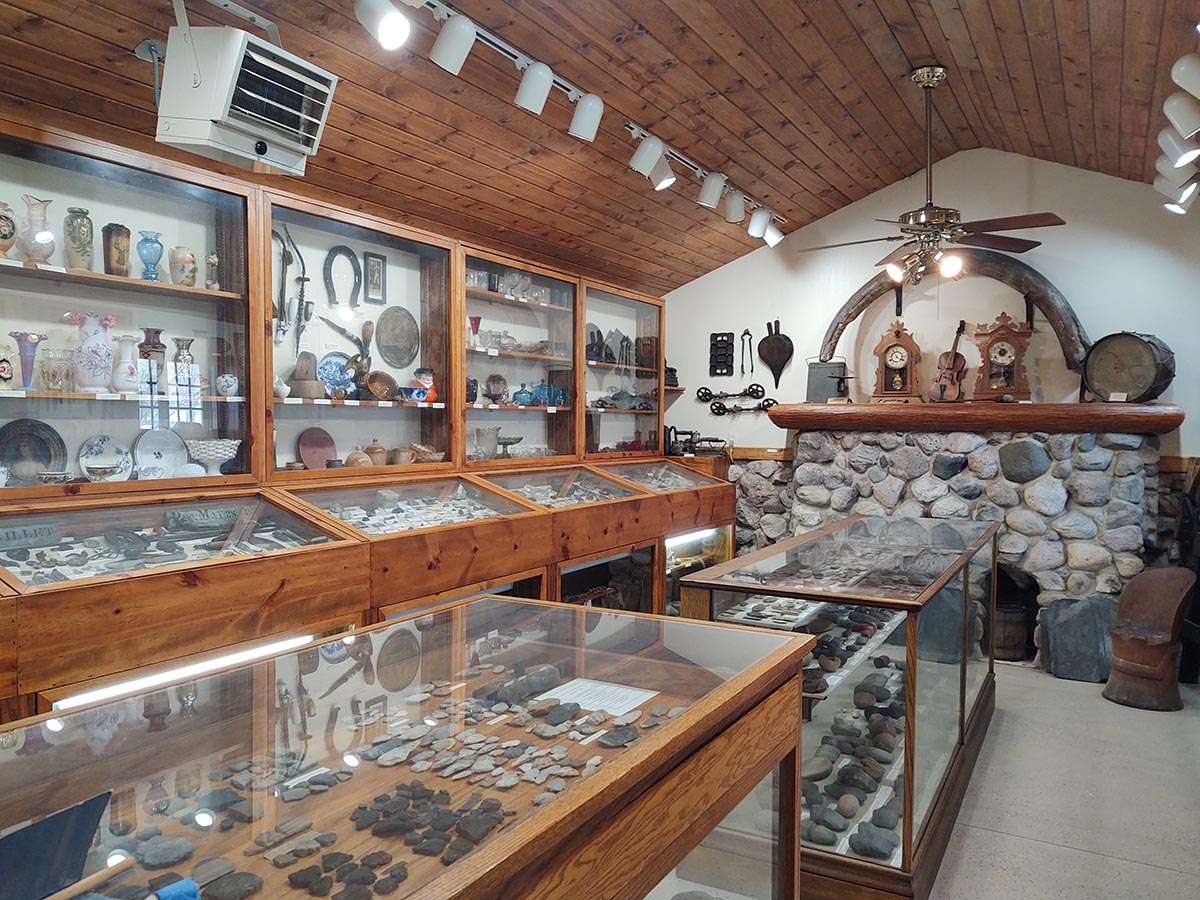 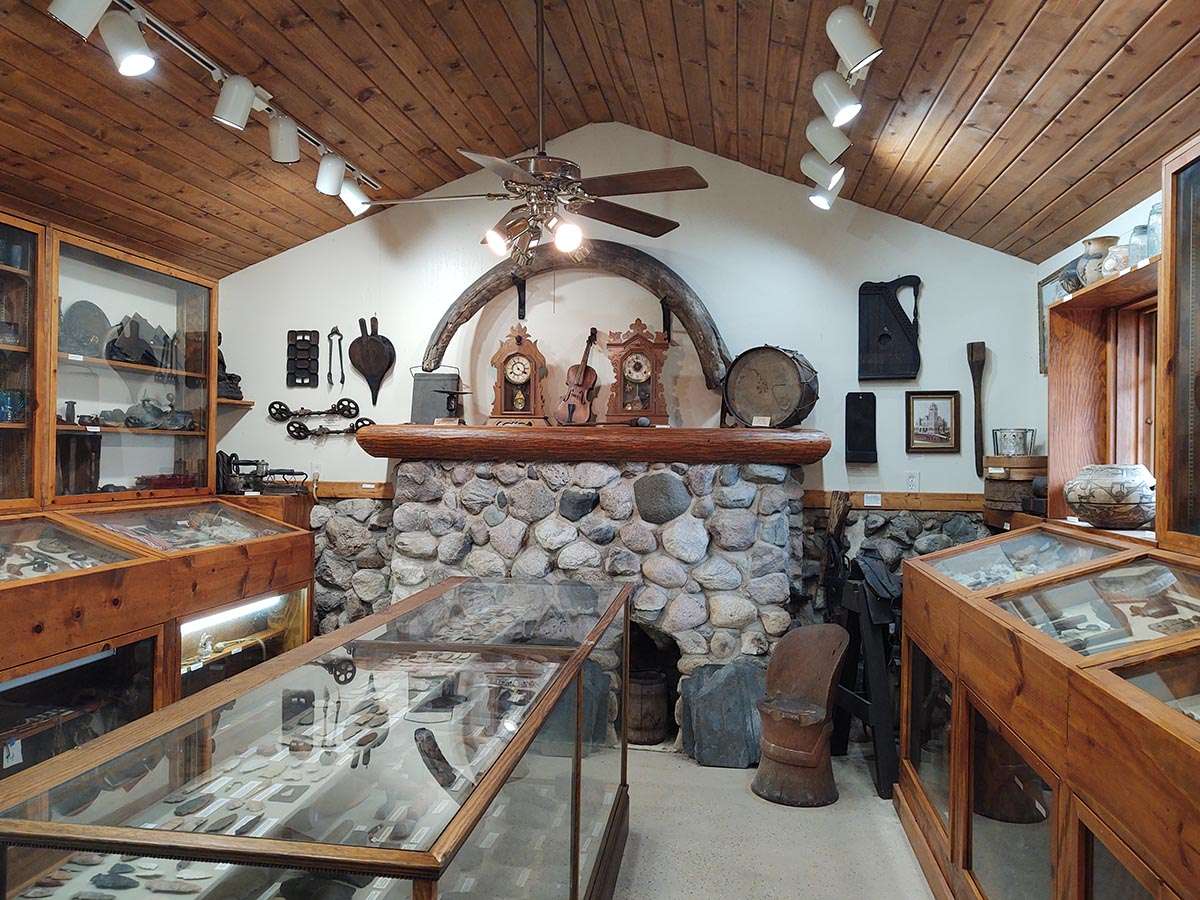 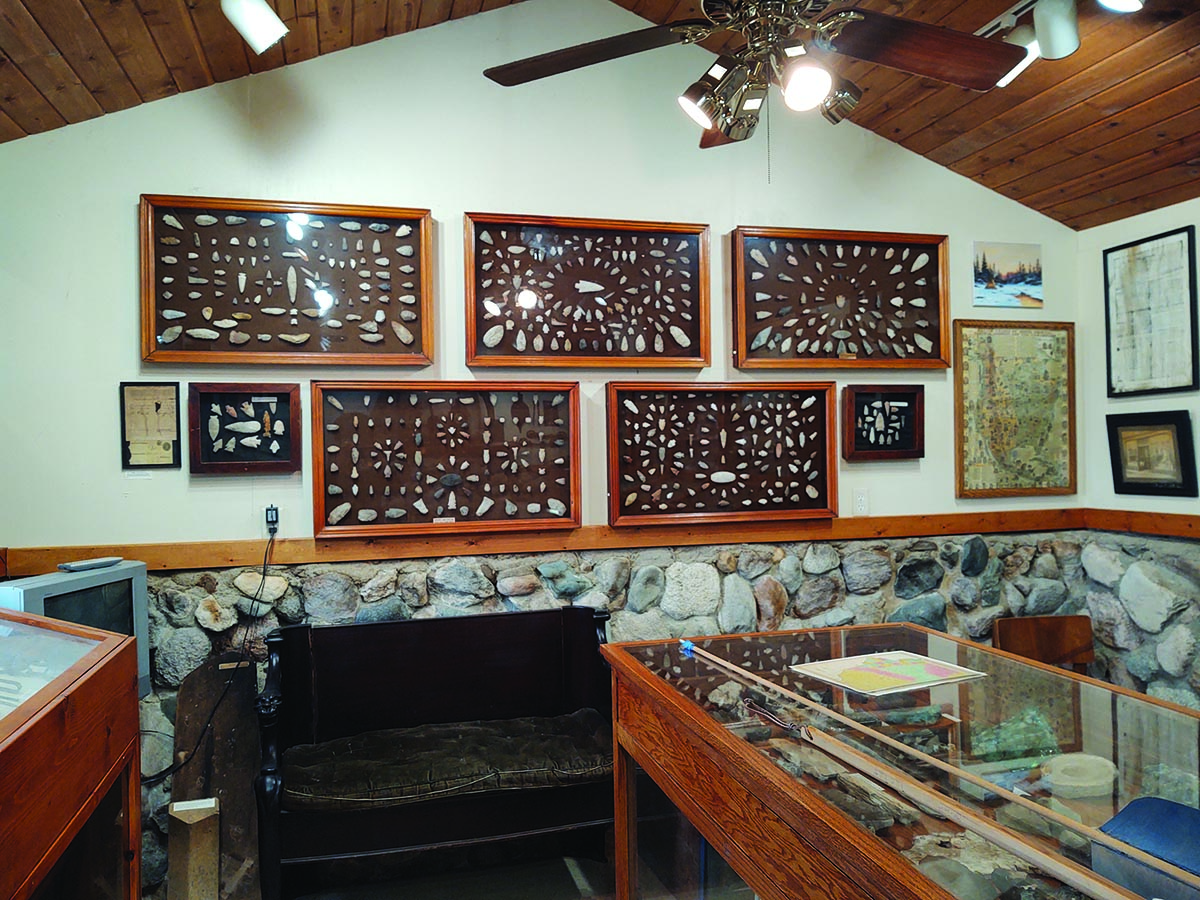 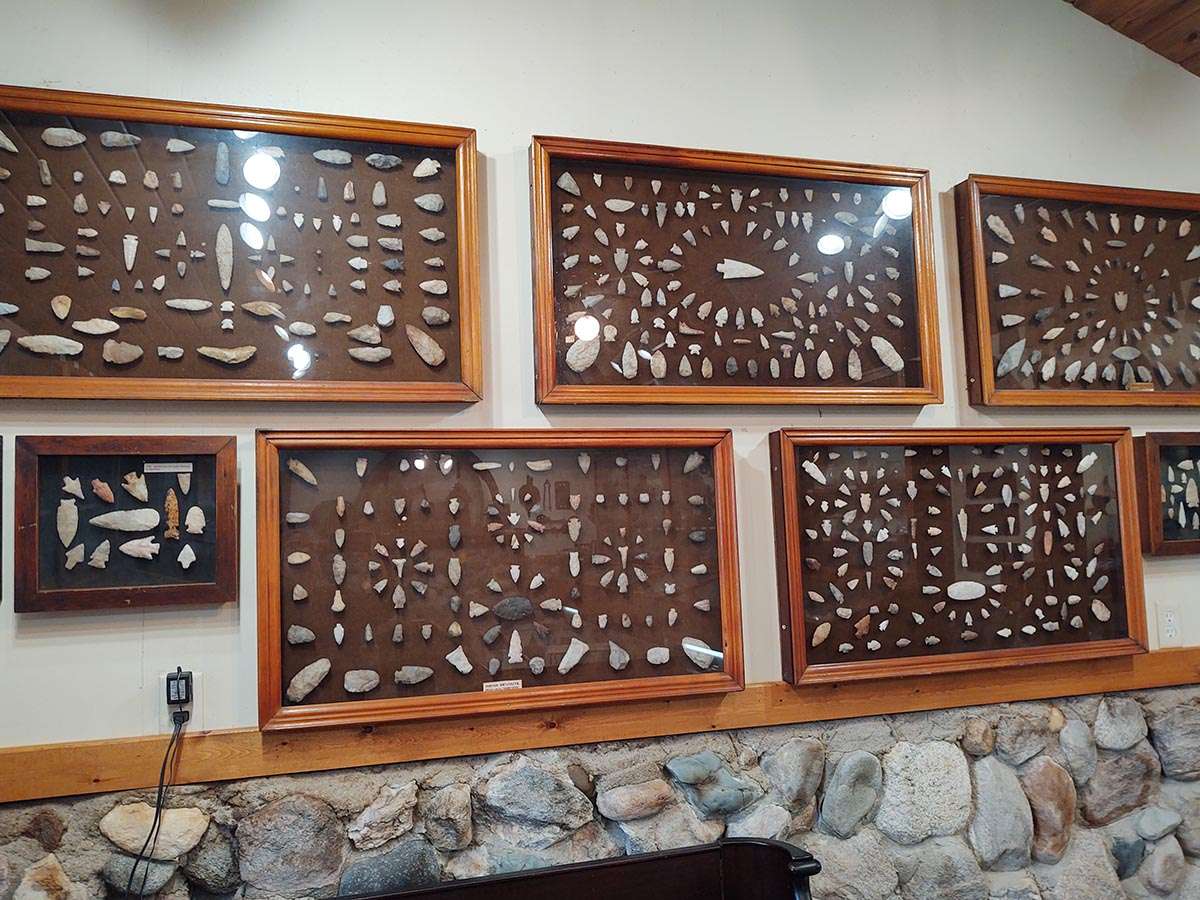 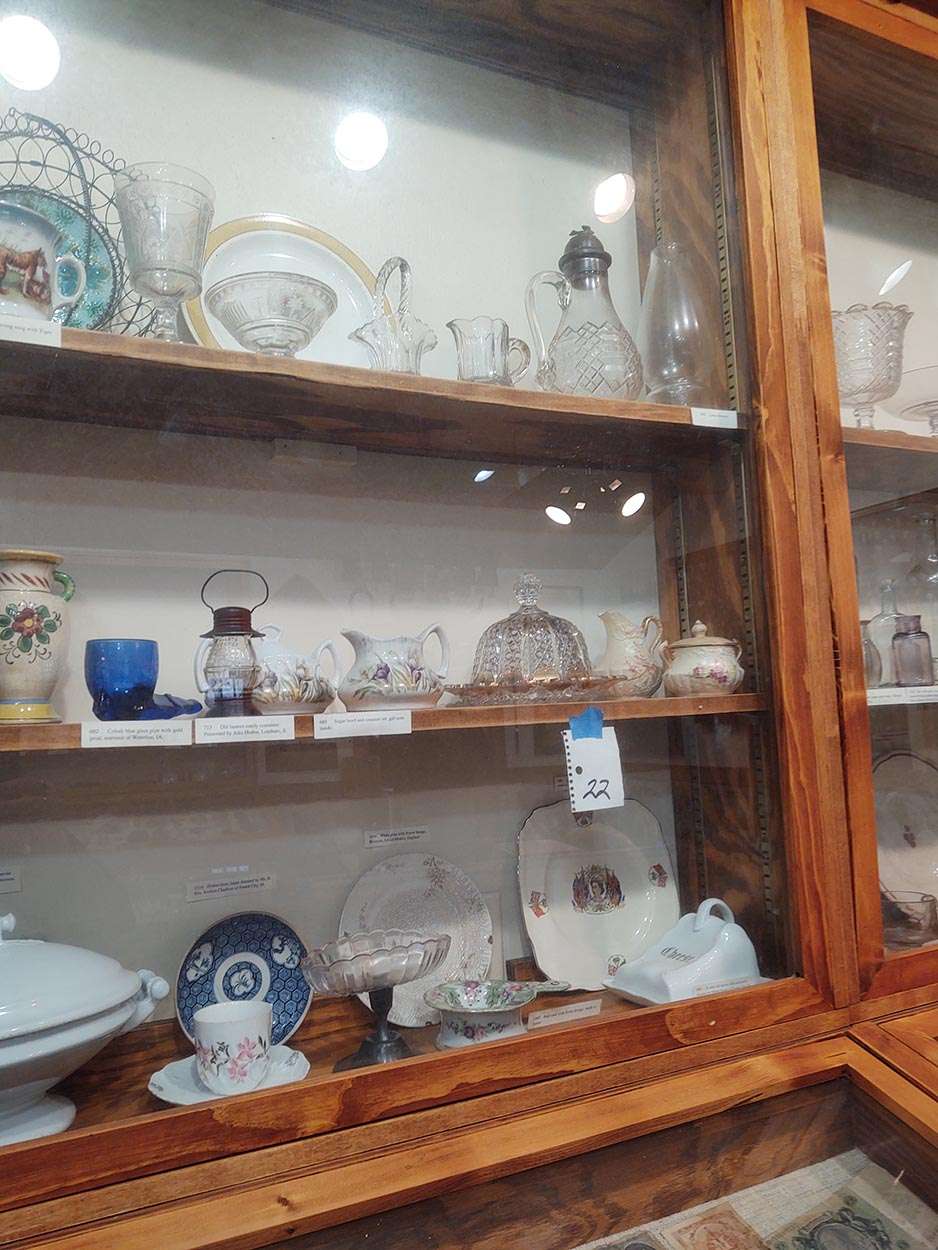 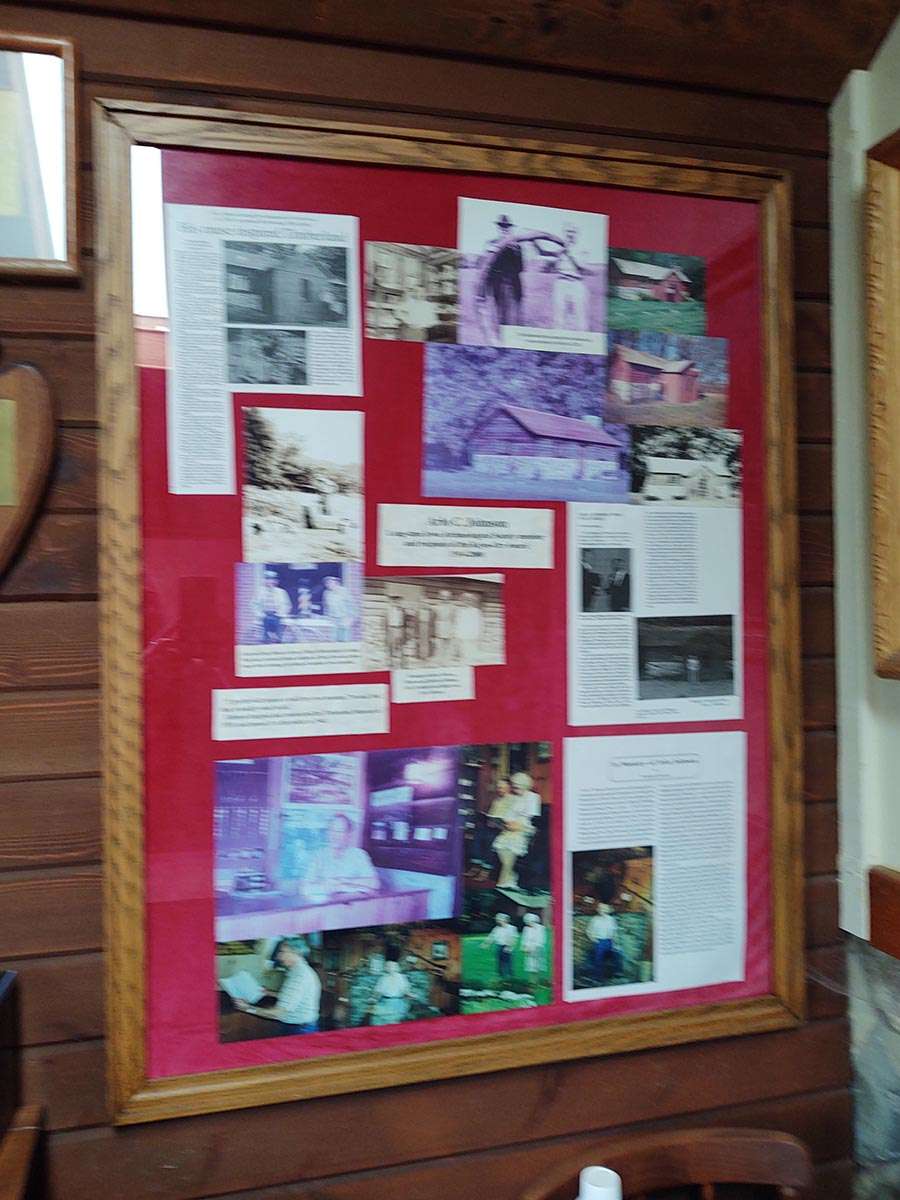 Where can you see a mammoth tusk, a meteorite and Iowa’s largest arrowhead collection?  No, you don’t have to travel all over the world.  You can see all three and so much more at the Timberland Museum in Heritage Park.

Upon entering the Timberland, you can first read more about Arlo Johnson and the process of building the museum.  Step further in and you are greeted by a vast array of Native American artifacts, Civil War, WWI and WWII collectables, geodes, antique jewelry, clocks and a pair of roller-skates from 1905. There is also a good collection of wood carving. Many of the antiques were brought to Iowa with the pioneers and Johnson himself did much of the archeology to find the Native American artifacts.

Resuming our tour of the Timberland, one end of the main room hosts a fireplace that is decorated with a Mammoth tusk which Arlo Johnson purchased from an estate auction for $2. The tusk was found in Alaska. The other end of the room displays a portion of the Timberland’s vast arrowhead collection.  Walking throughout this room you’ll find many beautiful and unique items.  There are pieces of pottery from the Native Americans and gorgeous china from the early settlers including a few mustache cups.

The second display room of the Timberland contains many more Native American arrowheads and more antiques from the early pioneers.  The Marvin Juhl family provided a large collection of rocks and geodes that can be seen in the museum.  One very distinctive element to the museum is the meteorite that landed on a nearby farm in 1996.  You can use a hammer to discern the sound difference between a regular rock and the metallic sound of the meteorite.  It’s a great hands-on activity for the whole family.

For individuals and families in the extended Forest City, Iowa area who enjoy learning about history and appreciate an opportunity for hands-on experiences, Heritage Park of North Iowa provides high-quality historical collections, rare displays, diverse exhibits and active demonstrations. For anyone interested in an entertainment or gathering venue, Heritage Park provides a well-maintained and attractive setting to accommodate small and very large crowds.